If there is one thing I miss about giving up meat, it's bacon. I truly, madly, deeply loved biting into a slice of crispy bacon and I miss it. I don't miss it enough to eat it again, but I do miss it enough to try making an odd "fake-on" version of bacon.

I'll start off by saying that it's made with a secret ingredient and it somehow looks and tastes exactly like I remember bacon tasting like. Plus, it's really much healthier!

I know I'll be snacking on this treat and coming up with tons of fun recipes to use it in. So get ready for some veggie friendly bacon recipes! You'll be seeing a few pop up here over the next few months! 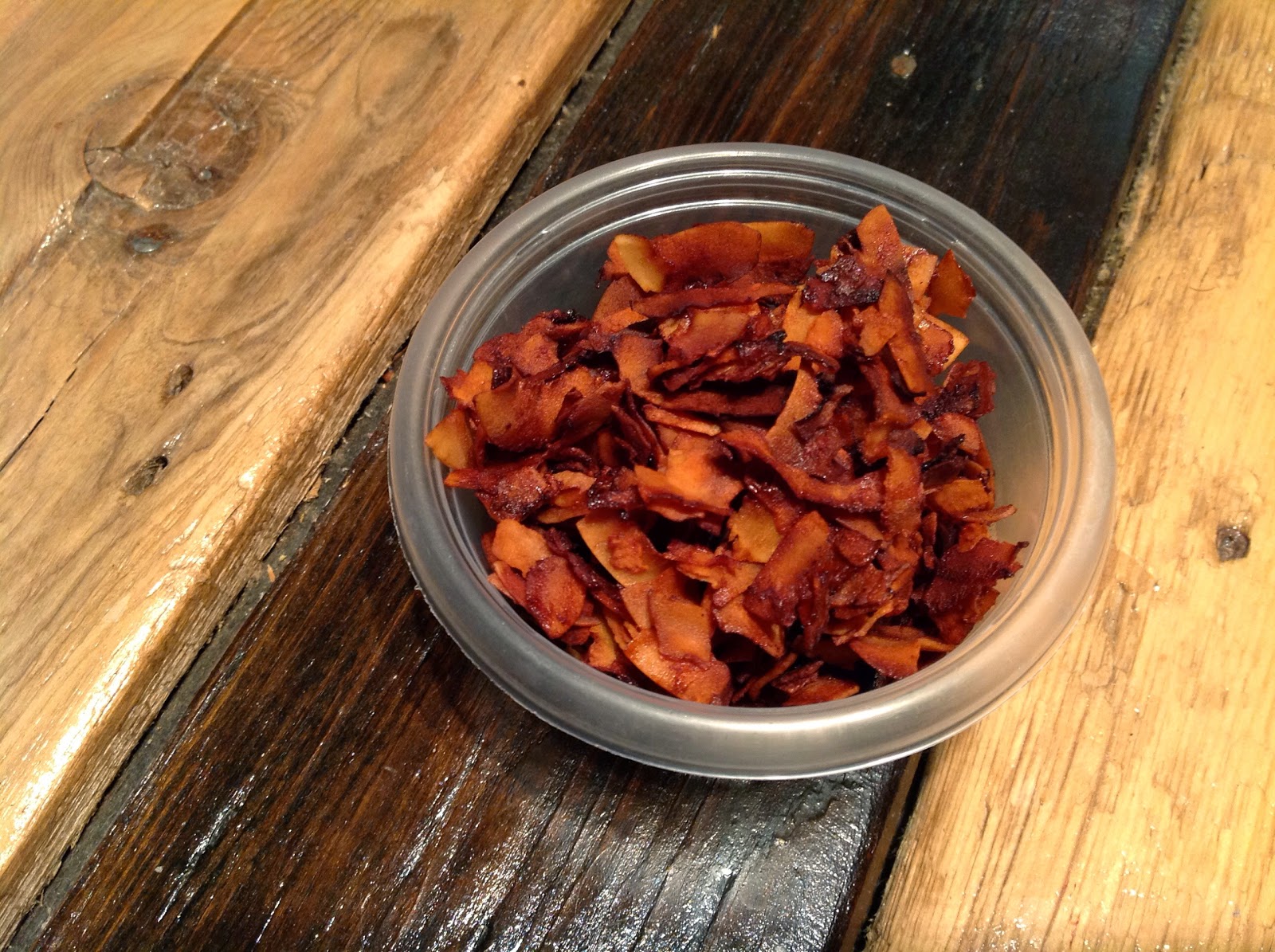 1. Preheat oven to 325 degrees and line a cookie sheet with parchment paper.

3. Spread the coconut flakes on the parchment line cookie sheet in an even layer. Bake for 10-12 minutes, flipping coconut halfway through.

4. Remove from the oven and let cool on the cookie sheet. "Fake-on" bits will harden as they cool.

5. Eat as a snack or use as a topper for salad, in snack mixes, or really anything you like!

Just like bacon, it's ok if some of the "fake-on" bits burn as they cook. It will remind you of the real thing. :)
Posted by Sarah Reynolds at 07:31