Most Thai curry recipes are traditionally made with raw chicken, but I like to use leftover turkey just as much. The flavour is equally as delicious and the recipe is made even easier with leftover turkey.

I also like to switch the common side of rice with couscous for a more unique take on a traditional curry meal. I think couscous adds a new texture to the meal that is very unexpected, almost as unexpected as how easy and delicious the actual curry tastes.

Read on for the recipe. And hungry people be comforted, this dish takes only 30 minutes to make! Read more »
Posted by Sarah Reynolds at 06:48 No comments:

I know it's technically still fall, but I am excited about the upcoming holidays. And since I am getting my Christmas tree this weekend, I think it's ok to call the season winter.

Now I will only make this recipe with leftover chicken or turkey. The sauce is delicious and I won't ever feel nervous about eating meat from the middle of slow cooker! 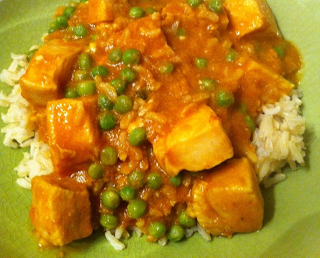 Read more »
Posted by Sarah Reynolds at 06:21 No comments:

I truly believe that some of my best dinners are made from leftovers, particularly turkey leftovers. And tonight's dinner is no exception. In fact, it may be one of my best leftover dinners ever!

Today's recipe is my new version of a turkey pot pie, but the presentation is a little fancier with a lattice braided puff pastry topper. All you need to do is throw together leftover bites of turkey, leftover veggies, leftover gravy, and heat it before topping your meal with a piece of pastry. Yum!

Read on to find out my recipe. 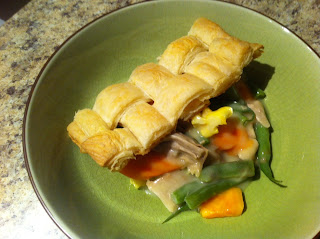 Read more »
Posted by Sarah Reynolds at 06:30 No comments:

Usually this idiom appears in negative contexts, but today I am sharing a positively awesome potato recipe that definitely cuts the mustard. They're similar to Luke's favourite Crispy Potatoes, but I think they're even better.

This recipe is one that I've tweaked to work for me. My grandfather told my mom that he makes the dish by putting raw sauced potatoes directly in the oven, but that takes a long time to cook and I wanted a quicker recipe. My mom told me she boils her potatoes before saucing them and putting them in the oven, but I couldn't stomach washing an extra pot.

I decided to pre-cook my potatoes whole in my microwave, chop them, sauce them, and bake them. I think it's the best way for the dish to work for me. Read on for my recipe. 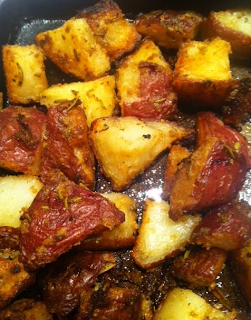 Read more »
Posted by Sarah Reynolds at 07:03 No comments:

Email ThisBlogThis!Share to TwitterShare to FacebookShare to Pinterest
Labels: herbs, potato, side dish

Earlier this week I said I would be sharing new side dishes that would be great choices for my American friends' holiday this week, but I had to include one new main dish too. After just one bite of this pork tenderloin dish, I knew I had discovered a winner and I knew that it could be a perfect main dish to use instead of a turkey for a holiday meal.

I saw a version of this recipe in a magazine and thought that my dinner could never look as pretty, but I wanted to try to make it anyway. As I prepared the meal I was shocked at how easily everything came together and how much it resembled what I had looked at in the magazine.

If I can make it look this good, you can too. Read on for my version of the recipe. 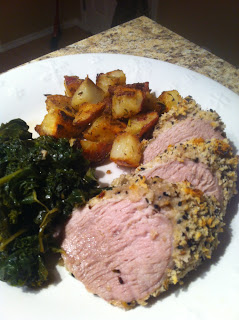 Read more »
Posted by Sarah Reynolds at 06:35 No comments:

Before a few days ago, I hadn't eaten a cheesy cauliflower dish in such a long time. It had been so long that I thought I wouldn't even like it. I thought that cheesy cauliflower was a way to get kids to eat their veggies and adults would always prefer steamed or an Oven Roasted Turmeric Cauliflower instead.

I was wrong. And I don't know why I am surprised, I love cheese.

Today's recipe is not a pour-microwaved-cheese-whiz-on-it kind of recipe, it does take a little more work, but the taste is leaps and bounds better than it's red necked cousin. Read on if you like what you see below. 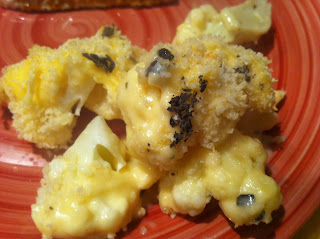 Read more »
Posted by Sarah Reynolds at 07:12 No comments:

I am a proud Canadian, but I love turkey so I am happy to celebrate the upcoming American holiday as well as my own. And since I the holiday is about giving thanks, why not?

For the next few days I'll be sharing a few new side dishes that I think could be perfect accompaniments to a turkey, a ham, or really any cozy home-cooked meal. And maybe you will think of them the next time you're wondering how to switch up your veggies.

Today's post is about spiffing up a misunderstood veggie. I love Brussel sprouts and I like to think that this recipe may change the mind of some of sprout's less than biggest fans too - it's that good! 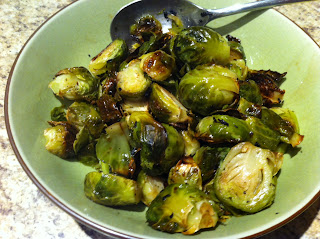 Read more »
Posted by Sarah Reynolds at 07:01 No comments:

Email ThisBlogThis!Share to TwitterShare to FacebookShare to Pinterest
Labels: brussel sprout, side dish

I love a good dip to dunk veggies and chips into, but I don't love having to buy a full fat dip at the grocery store. I know that it tastes good, but I don't know what's in it and if it's bad for me.

So what I've done is to make my version of a low fat Caramelized Onion Dip. It's got real veggies in it, not powdered soup, and it's full of healthy Greek yogurt instead of sour cream. It's proven to be a winner in my house, I hope it will be a winner in yours too. 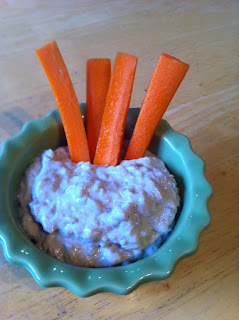 Read more »
Posted by Sarah Reynolds at 06:46 No comments:

I don't usually sliced up a meal into bite sized pieces before I serve it to friends or family, but sometimes I think sliced food looks beautiful. Today's post is one of those rare occasions.

I think this chicken looks great sliced into thin pieces and served with a salad on the side, but presentation is not all I slice this chicken for. I also slice it for practicality. The chicken inside the breading can absorb some of the salad dressing so that the breading doesn't go super soggy before I can get the plate to the table.

And I'll give you a tip that I realized after I made my meal, if you want your plate to look even more picturesque and you're using frozen chicken (I did), make sure your chicken is fully defrosted before you bread it (I didn't). If you don't let your chicken fully defrost, while the chicken cooks, extra liquid will cook out, making the breading not stick as well. 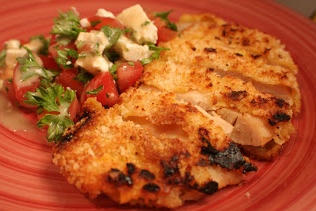 Read more »
Posted by Sarah Reynolds at 07:20 No comments:

Today we remember all the brave men and women who have fought for our country and given us the freedom we are thankful for today; thank you to all the veterans and fallen soldiers.

The way I thank people, congratulate loved ones, and celebrate memories is with food. I put thought and work into cooking and baking to demonstrate my feelings and hope that everything is understood. I'll keep today's post short and sweet by sharing a Lemon Poppy Seed Bread today. 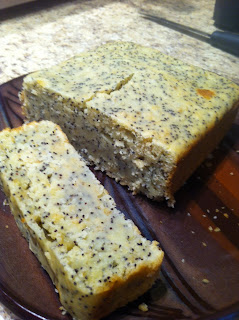 Read more »
Posted by Sarah Reynolds at 10:21 No comments:

All veggies have a peak season and one of the best things about the colder weather upon us is that this season’s peak veggies are some of the cream of the crop. Hardy veggies like winter squashes, carrots, beets, cabbage, and kale all thrive at this time of year and many varieties of these veggies actually taste sweeter and improve in texture when cold flashes hit.

While roasting these veggies as a side dish is very common in many households, it can be hard to come up with new ways to cook with this season’s harvest. But, by incorporating cold weather’s harvest into casseroles, soups, and other main dishes, the sky’s the limit on the number of dishes you can whip up in a snap. 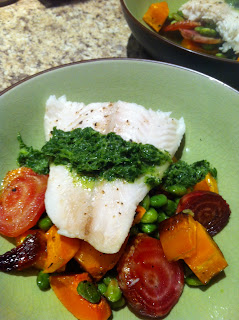 Read more »
Posted by Sarah Reynolds at 06:50 No comments:

The other day I shared a picture of a lemon cucumber and told everyone that the first person who could correctly name the veggie would get an appetizer created for them by me.

The veggie was named pretty quick and my sister Mary was the first person to guess correctly. Mary told me that her favourite veggie was kale, so that's what will be in the dish that I am making just for her.

Mary, or Marv as I like to call her, is a busy student; she's studying for two undergraduate degrees at the same time. So I wanted to make her an appetizer that didn't take much work, but would still taste great.

One of Marv's degrees is involved with slugs and bugs, and while I wouldn't subject you to a chocolate covered snail, I think you'll find similarity between the shape of these appetizers and a snail.

Ready for a taste? Keep reading. 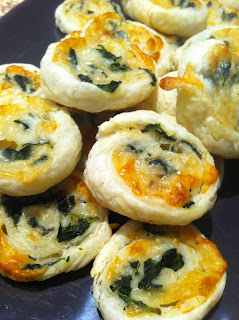 Read more »
Posted by Sarah Reynolds at 07:03 No comments:

Sweet and spicy flavours always seem to pair together really well and though I like to think I have a good memory, I am usually surprised at the success of dishes that are both sweet and spicy.

Today's post is all about a great rub for salmon that you can whip up in a flash. I think the salmon pairs really well with a risotto, but you could serve it with whatever you like.

I also think that serving a piece of salmon on top of a pile of risotto looks very restaurant worthy. Luke disagrees because he doesn't like to have to move his fish off his side dish to cut it. 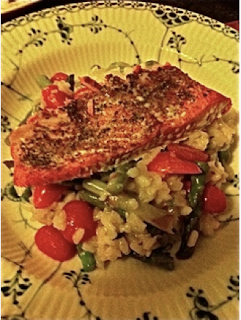 Read more »
Posted by Sarah Reynolds at 06:53 No comments:

Turn Back the Clock

The hour that we were given today when we turned back the clocks has helped me to see that some of my blog post photos are not very clear and could use a little help. So I've decided to go through some of my old posts and choose a few photos to update.

The first one is for a post in May 2011, Spaghetti Squash and Turkey Meatballs, I think my new photo is a little better than the last, but now I also know how hard it is to photograph spaghetti squash. 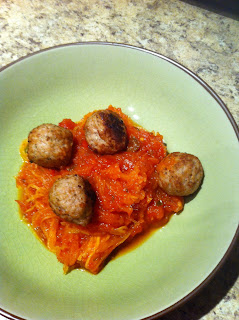 What will you be doing with your extra hour today? Whipping up a new dish, relaxing, or getting a head start on your holiday shopping? I want to do all three!

Posted by Sarah Reynolds at 07:27 No comments:

A few weeks ago I was at the Farmer's Market and I discovered a new vegetable. It wasn't a scientific discovery or anything like that, it was just a veggie for sale that I've never tried before. And since I've tried a lot of veggies, that's a pretty tall order.

Do you know what it is? Think hard now because the first person to tell me the correct answer wins an appetizer named after them! 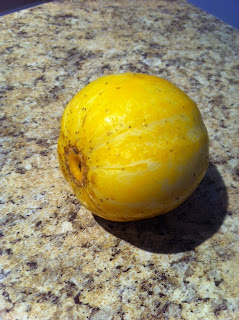 Read more »
Posted by Sarah Reynolds at 06:36 No comments: