I love pumpkins in every shape and form. Pumpkin patches, jack-o-lanterns, pumpkin spice lattes, pumpkin pie, Cinderella's carriage, and pretty much pumpkin anything. But when I eat pumpkin treats, I really love when said treats are sprinkled with cinnamon.

Today's recipe are Pumpkin Spiced Cupcakes frosted with plenty of Cinnamon Cream Cheese Frosting. This frosting is so yummy that I coined a new phrase, spooky worthy. It's definately tasty enough to dig into a bowl of it with a spoon. 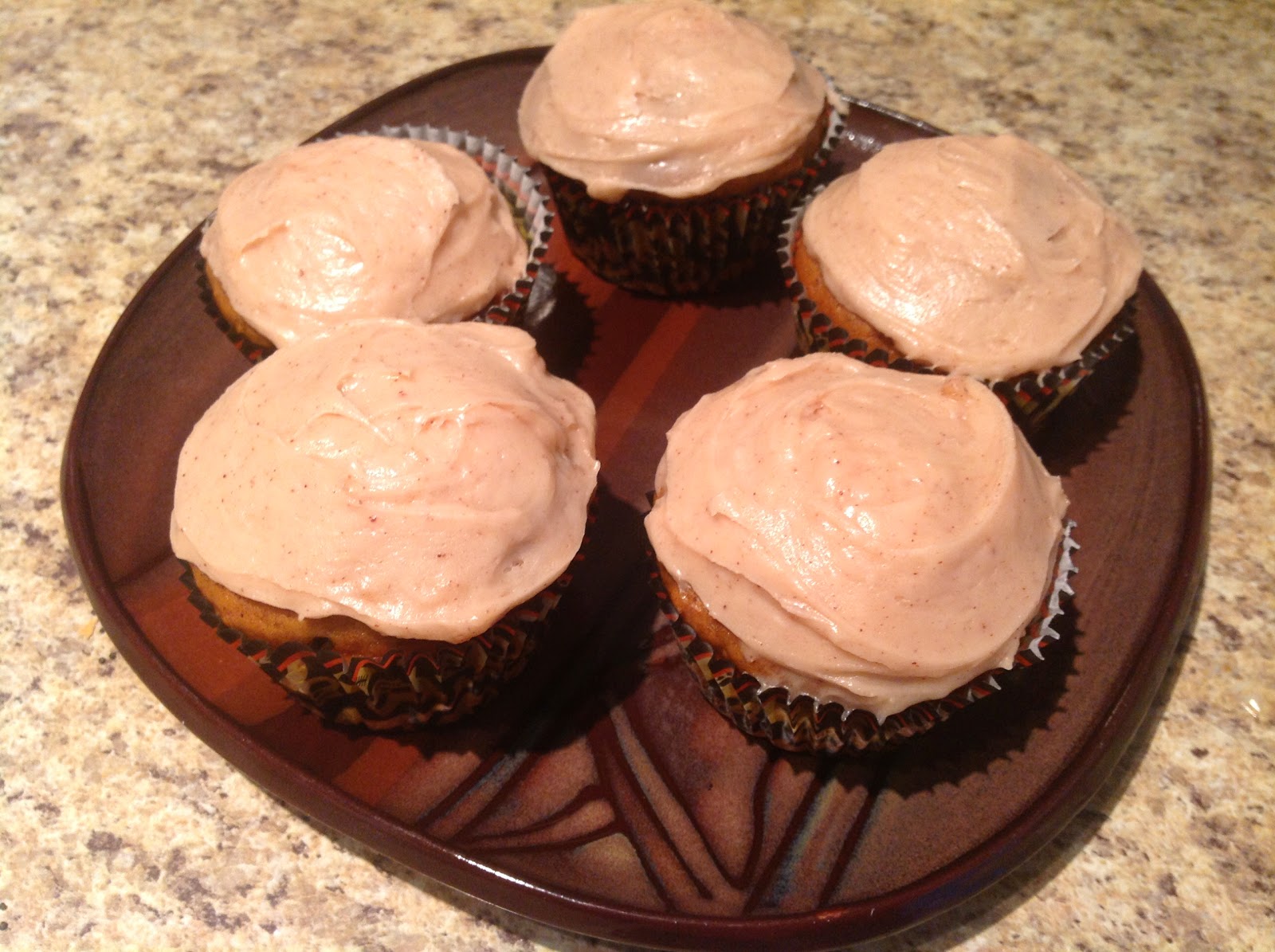 1. Preheat oven to 350 degrees and line a muffin tin with paper liners.

2. Cream butter and sugar and then add in the eggs and pumpkin purée.

3. Whisk together all remaining ingredients and then stir into the pumpkin mixture, until just combined.

4. Spoon into the paper liners and then bake until golden and a toothpick comes out clean when inserted into the centre, about 20-25 minutes.

1. Combine butter, cream cheese, cinnamon, and brown sugar in a large bowl. Beat with a mixer or with by hand until combined.

3. Frost cupcakes or dig in and enjoy!

I think this frosting is perfectly acceptable to smear on a bagel too!
Posted by Sarah Reynolds at 07:39