A good grilled cheese sandwich is crisp on the outside and gooey and melty on the inside. The bread and the cheese can be switched around, but never do I want to bite into a limp breaded sandwich filled with hard cheese.

But crisp bread and melted cheese is not where a good grilled sandwich ends. No, good grilled cheese sandwiches need more than that. They need something special added in them. Maybe it's spoonful of fig jam smeared into the bread before Brie is sandwiches in. Or maybe it's a little pesto or apple added for a burst of flavour. Whatever it is, just make sure you put enough in the sandwich so you can taste it. 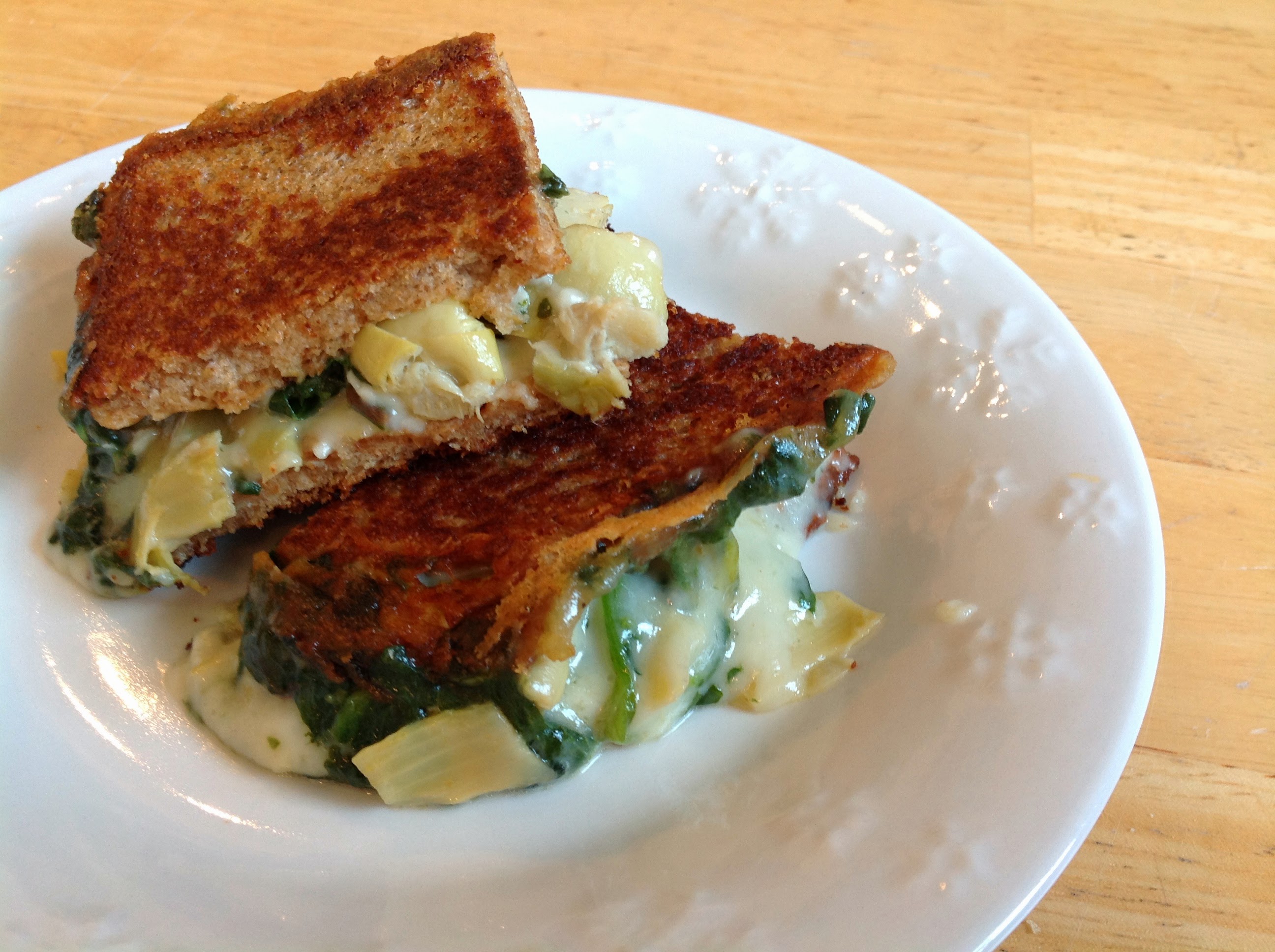 2. Add artichokes and cheese to he spinach and stir to combine.

4. Cook sandwiches on medium low heat until the bread browns and crisps. Flip and let the other side of the sandwich brown and crisp as the cheese melts.

5. Remove the sandwiches from the pan, slice, and enjoy.

If you're anything like me, you'll want to squeeze the sandwich and let the filling ooze out the side. I don't know why, but that makes me really happy - no matter how many times I've done it. :)